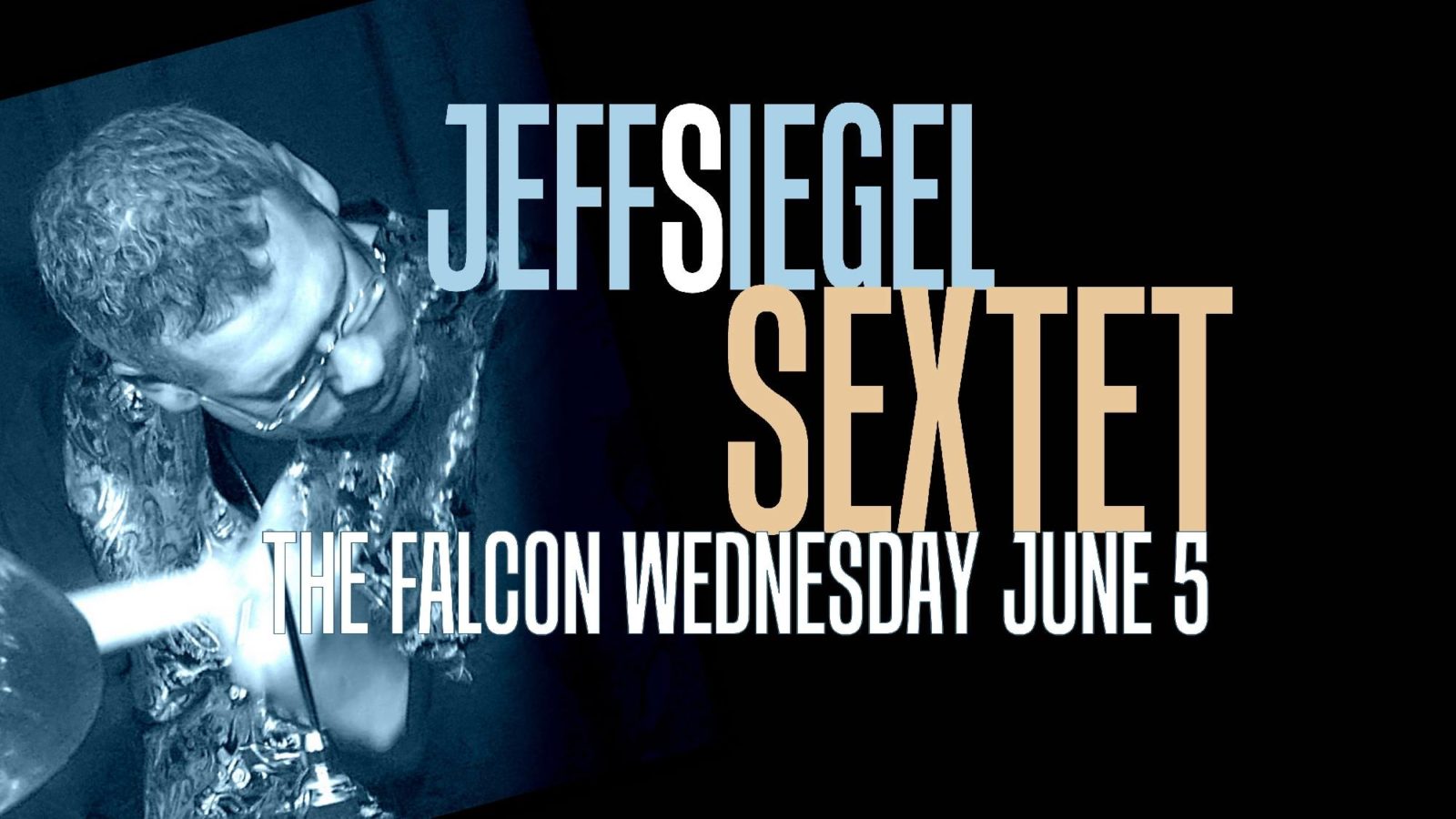 The Jeff “Siege” Siegel Sextet are warming up for their upcoming tour of South Africa and Eswatini (June 14 – July 3).

What Makes The Falcon Different?

No tickets. No Cover. Donations highly encouraged. The Falcon asks listeners to SUPPORT LIVING ARTISTS by making their contributions to the donation box – 100% of which goes to the headlining act. Open every show night and for Sunday Brunch. To make a dinner reservation for the Main Stage, go to our Reservations page or call (845) 236-7970. To see the show lineup visit :: http://www.liveatthefalcon.com/

The Falcon Complex, perched over the magnificent Marlboro Falls, is located on the Lattintown Creek, just before it cascades into the Hudson River. In the early 19th century, it was the site of the Pearl Button Factory, using the waterpower of the falls to manufacture “mother-of-pearl” buttons for clothing from oyster shells.

The Falcon proudly presents live world class music, in multiple genres, on our three stages, scheduling an average of 10 performances each week – including Grammy Award winning legends and up & comers alike, in numerous genres, including jazz, blues, rock and more. The Falcon’s Main Stage room seats 150 patrons for dining, with casual seating in the Main Stage Bar.

Our New York Taproom is a warm, inviting Gastro Pub, beneath The Falcon’s Main Stage floor, specializing in a vast array of beautifully crafted, small-batch New York beers, ales, wines, ciders and spirits. Our menu is based on the freshest local, Hudson Valley and New York-sourced produce. Our outdoor Beer Garden is an inviting area of patios and decks overlooking Marlboro Falls.

The Avalon Archives Museum of Rock & Roll, a permanent and rotating exhibit in The Falcon Underground New York Taproom, comprises extraordinary displays of rare and obscure photos, posters, album covers, books, and recordings Much of the collection centers on the “Hudson Valley sound” which has been strongly influenced by Bob Dylan and The Band, as well as many of the artists that performed at the 1969 Woodstock Festival. Founder, director, and curator, Ned Moran will give a personal tour of the archives.

The Gallery at The Falcon is a 2,500 square foot viewing space, on our Main Stage floor, regularly featuring the large format works of both regional and nationally recognized artists.